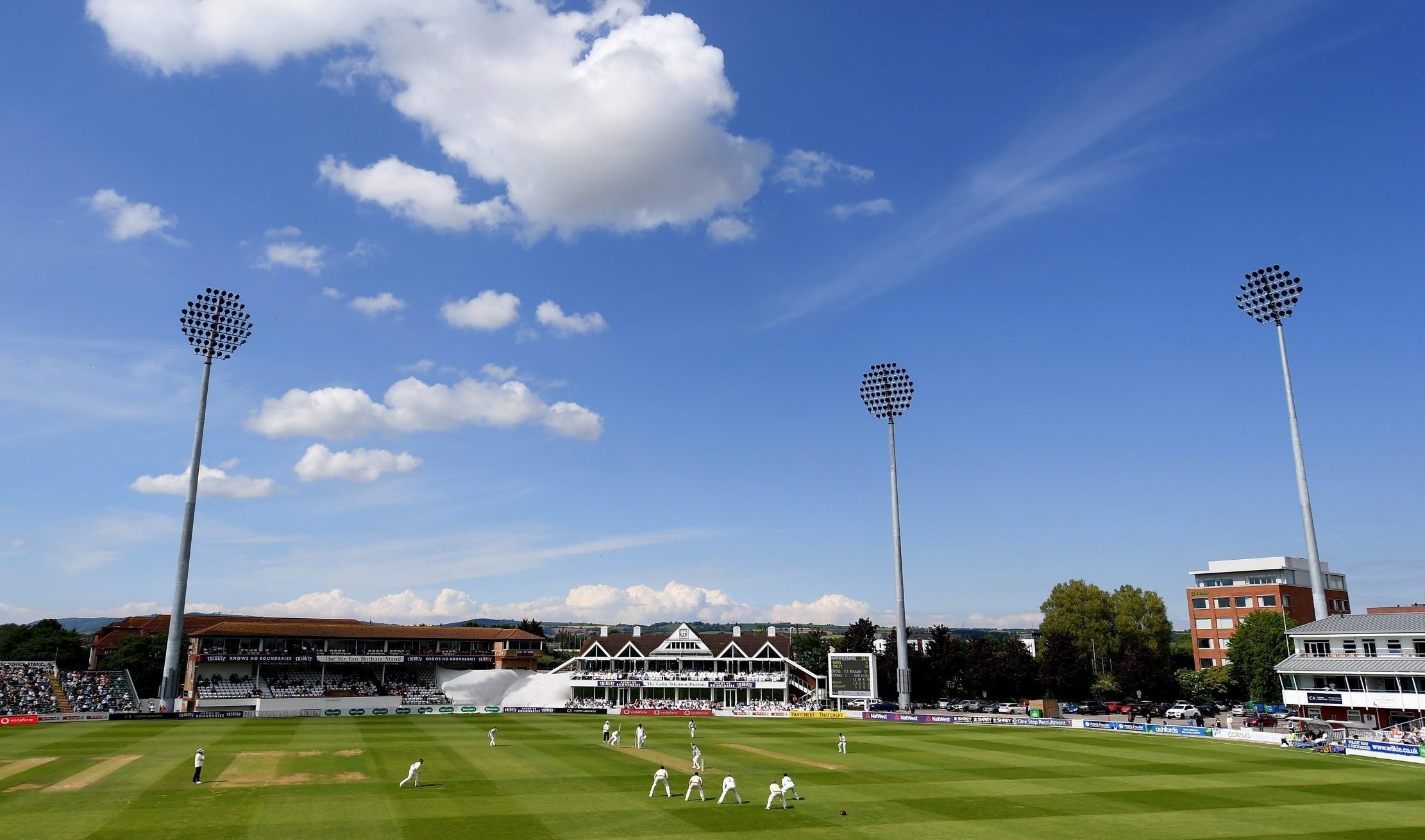 Has the absence of supporters affected “home advantage” in County Cricket?

Sport without fans has been, for want of a better word, interesting, and not what anybody in sport wished to ever see. Yet, despite the common consensus of sport being played behind closed doors being something we never ever want to see again, it has thrown up some interesting conundrums.

In football, we’ve seen that for the first time in England’s top four divisions, the 2020/21 Premier League recorded a larger number of away wins (153) than home wins (144). The lack of supporters in stadiums has certainly had an effect on football, but what about in English domestic cricket? Has the absence of supporters made winning away from home become easier?

The following article investigates the impact of playing behind closed doors on First Class cricket this season. As the focus is on the impact of playing behind closed doors, only data from before Monday May 17th (when reduced crowds could re-enter cricket stadia), is applicable. The data will look into teams winning away from home, as well as important statistics such as batting points, both home and away that have been picked up so far this campaign.

A key factor to consider when looking into cricket, is that the 2021 LV= Insurance County Championship has seen a conference system, rather than the two-divisional system we have grown to know. It means that every team does have a shot at winning the Championship crown at the end of the season. However, it also means that teams play against each other that would normally not play each other in First Class cricket. For example, Leicestershire finished bottom of Division Two, yet this term face four sides that would have otherwise been playing in Division One (Somerset, Surrey, Gloucestershire and Hampshire).

Winning away from home in the county championship has always been a difficult task. Pitches are usually suited to the home teams’ strengths, as well as visiting opposition playing in unfamiliar surroundings. In Division One of the 2019 County Championship, there were 17 away victories. Of the 17, Somerset won on the road an impressive four times. Furthermore, in 2019’s Division Two, 24 away victories were recorded.

When it comes to Somerset, the startling statistic is that in 2021 the Club unfortunately lost at home for the first time in First Class cricket since June 2017. The eight-wicket defeat to Gloucestershire may have ended differently had Tractor been under the scoreboard screaming for Gloucestershire wickets, or if Somerset supporters could have given the bowlers the extra edge to claim wickets. As we all know, stranger things have happened in cricket…

Somerset’s other two games without crowds at the Cooper Associates County Ground have seen the Club beat Middlesex and draw to Surrey when the weather restricted proceedings. However, away from Taunton, Somerset have relished playing without a crowd, winning three from three. Victories over Middlesex at the Home of Cricket, Leicestershire and Hampshire have helped Somerset mount a serious challenge for the top two in Group Two.

Dare I ever remind people that in 2019, in a time of perfect normality, Somerset came agonisingly close to winning that elusive Championship crown. A core factor to the title challenge was the home form at the Cooper Associates County Ground, where the Club took five wins and two draws. Impeccable home form continued into the 2020 Bob Willis Trophy, where Somerset comprehensively won both their home matches, against Glamorgan and Gloucestershire.

Group One has remarkably seen only three away victories in fixtures played behind closed doors. The tight group saw nine points separate 1st and 5th. Warwickshire have led the way in terms of victories on the road, winning both their away games at top two chasing Nottinghamshire and Durham.

Current County Champions and Bob Willis Trophy winners Essex have won two home games and drawn the other. However, they have struggled to find form away from Chelmsford. Fortress Chelmsford has been a core part of Essex’s success in recent years. In 2019, they won all seven home games. In 2020’s Bob Willis Trophy, they won their three home games. That propelled them to Lord’s to face Somerset. Their fine form has continued this season, they have won two from three. Essex have claimed more far batting points (13) and bowling points (15) at home, than away.

After a disastrous 2019 First Class campaign that saw Nottinghamshire fail to win a singular game, resulting in their relegation to Division Two, they have begun to find form again this term. The data on their season is skewed in terms of home and away statistics. Comprehensive victories in their last two games without crowds has spurred them into a contender to qualify from Group One.

Like Somerset, Warwickshire have fared better away from home this term. The Edgbaston based outfit have won both their away games. Despite the two victories, they have not taken as many bonus points away from home as they have at home. The contributing factor to this is that two of the three games at Edgbaston have resulted in draws.

Durham have found home form as a key to their success so far this season. Within this tightly contested group, it is sure to go down the wire to see who qualifies for the next stage of the County Championship. Durham’s strength has been bowling teams out in under 110 overs at the Riverside Ground, which they have done in each of their three home games.

Worcestershire have found themselves with a chance of qualification through drawing all but one of their games. With eight points awarded for a draw this season, at the request of England captain Joe Root, they have managed to pick up bowling and batting bonus points both home and away.

Unfortunately for Derbyshire they have found themselves at the bottom of the table. The race to qualify from Group One, will certainly prove to be an interesting one.

Group Two has seen seven home losses thus far, more than any of the other groups. The group has long been touted as the strongest, with four teams that would be playing in Division One of the County Championship in the old divisional format (Somerset, Hampshire, Surrey and Gloucestershire). Is the strength of the group a reason as to why there has been more away wins/home losses than any other? Or is a lack supporters in grounds a factor as to why teams are being defeated on their own turf?

Gloucestershire sat top of Group Two as supporters re-entered county grounds up and down the land, something that surprised many. When playing behind closed doors, Gloucestershire won their two home games at Bristol, comprehensively beating Surrey and Leicestershire. Away victories at Taunton and Lords, as well as a draw at Hampshire, have helped Gloucestershire’s start to the campaign.

Hampshire have endured an indifferent start the campaign. They have managed to pick up the same amount of bowling points at home and away, (seven apiece).  Similarly, they have further picked up six batting points from home games, and seven away.

Surrey have struggled for form and consistency this season, despite boasting a batting line up full of international stars. It would appear that Surrey have struggled to win games at home, despite claiming maximum batting points from their home games. In the 2019 County Championship, the South London outfit were only able to win one game at The Oval.

Middlesex and Leicestershire have struggled this term, losing four and three games respectively. With both teams being in Division Two before the conference system, they have succumbed to defeats from teams that would be in Division One.

After the sixth round of matches, Yorkshire sat top of Group Three. The trend in Group Three is that teams are taking more bowling points than batting points. Yorkshire’s record away from home is pretty similar to their record at home. The White Rose have taken equal batting points, both home and away.

Lancashire have continued their 2019 County Championship form that saw them win Division Two by 45 points. They have taken slightly better batting points at Emirates Old Trafford without supporters, with eight batting points. Away from Manchester they have taken six bowling points, more than at home.

Despite boasting the third ranked ICC Test batsman in Marnus Labuschagne, Glamorgan have struggled for form at the SWALEC Stadium, Cardiff. The South Wales outfit have secured a mere two batting points at home, taking a further six bowling points. In England, Glamorgan have scored ten batting points and eight bowling points. Members will be excited to see Labuschagne in action for the Welsh county, hoping he can improve the team’s poor batting record at home.

Lastly, despite finishing fourth in Division One of the 2019 County Championship, Kent have struggled this season. The Spitfires sat bottom of Group Three on May 16th, only able to amass 38 points. In 2019, Kent struggled for home form, winning only one of their home games. It appears that they have continued this trend in 2021. They have secured eight bowling points at home but struggled with the bat, amassing five bonus points. The Spitfires record away from home makes for worse reading, recording four batting points and three bowling points.

The data suggests that playing behind closed doors without supporters, has little impact on performance in English First Class cricket. The Conference system implemented for this season has been a key factor to why teams that would be in Division One are particularly strong at home. Five teams have won away from home on two occasions, with Somerset winning all three. The teams that have done so (Warwickshire, Gloucestershire, Hampshire, Lancashire and Yorkshire), would be playing in Division One if the old divisional format had been played this term. Currently, the idea is that the divisional format will return for the 2022 County Championship.

Ultimately, Somerset have the best record so far on the road in the County Championship, claiming three away wins from three when playing without supporters. The Club continued their strong away form as supporters re-entered the Bristol County Ground for Somerset’s rain affected draw at Gloucestershire. Had rain not been a factor, Somerset’s away record may be even better…