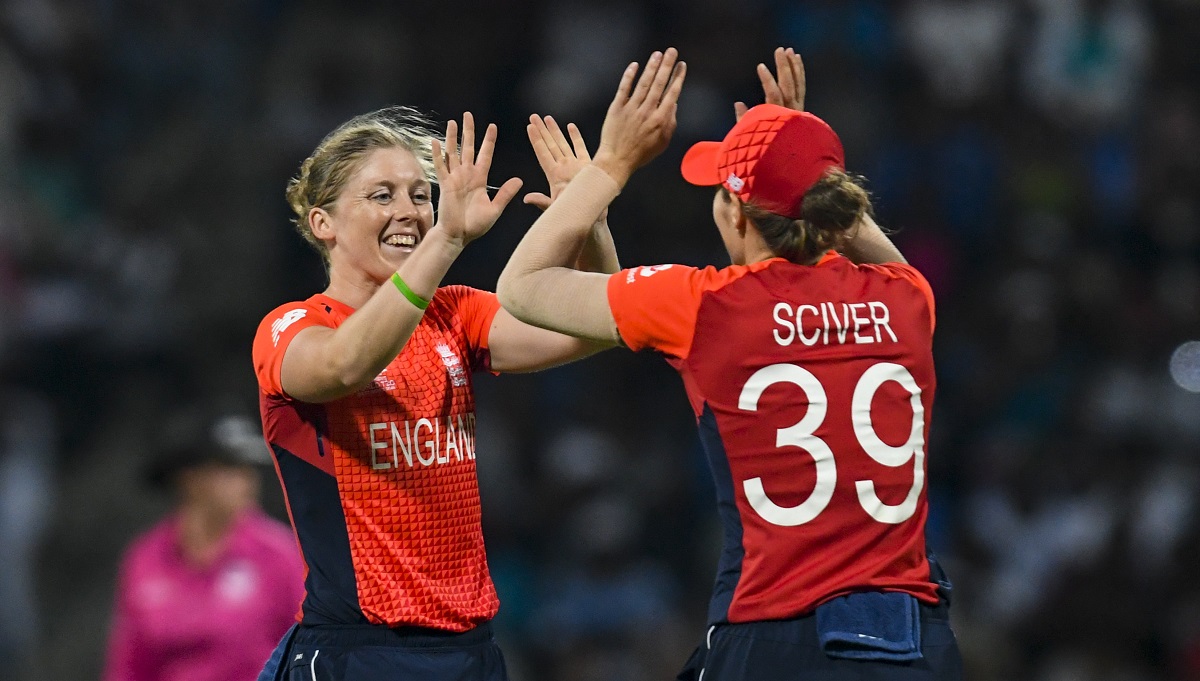 England made light work of what seemed like a tricky chase of 113 to enter their fourth final in tournament history.

After winning the toss, India were well placed at 93 for three in 15 overs thanks to a brisk start from Western Storm opener Smriti Mandhana, who scored 34. However, Kirstie Gordon –playing in her first tournament- took two wickets in the sixteenth over to trigger an incredible collapse, as India lost five wickets for 11 runs. England finally bowled out their opponents for 112 in the last over.

Amy Jones (53) then notched up a career-best score to guide England home. Jones stitched together a partnership of 92 with Natalie Sciver, who also stroked an impressive 52 runs. The stand remained unbroken, as England romped to victory.