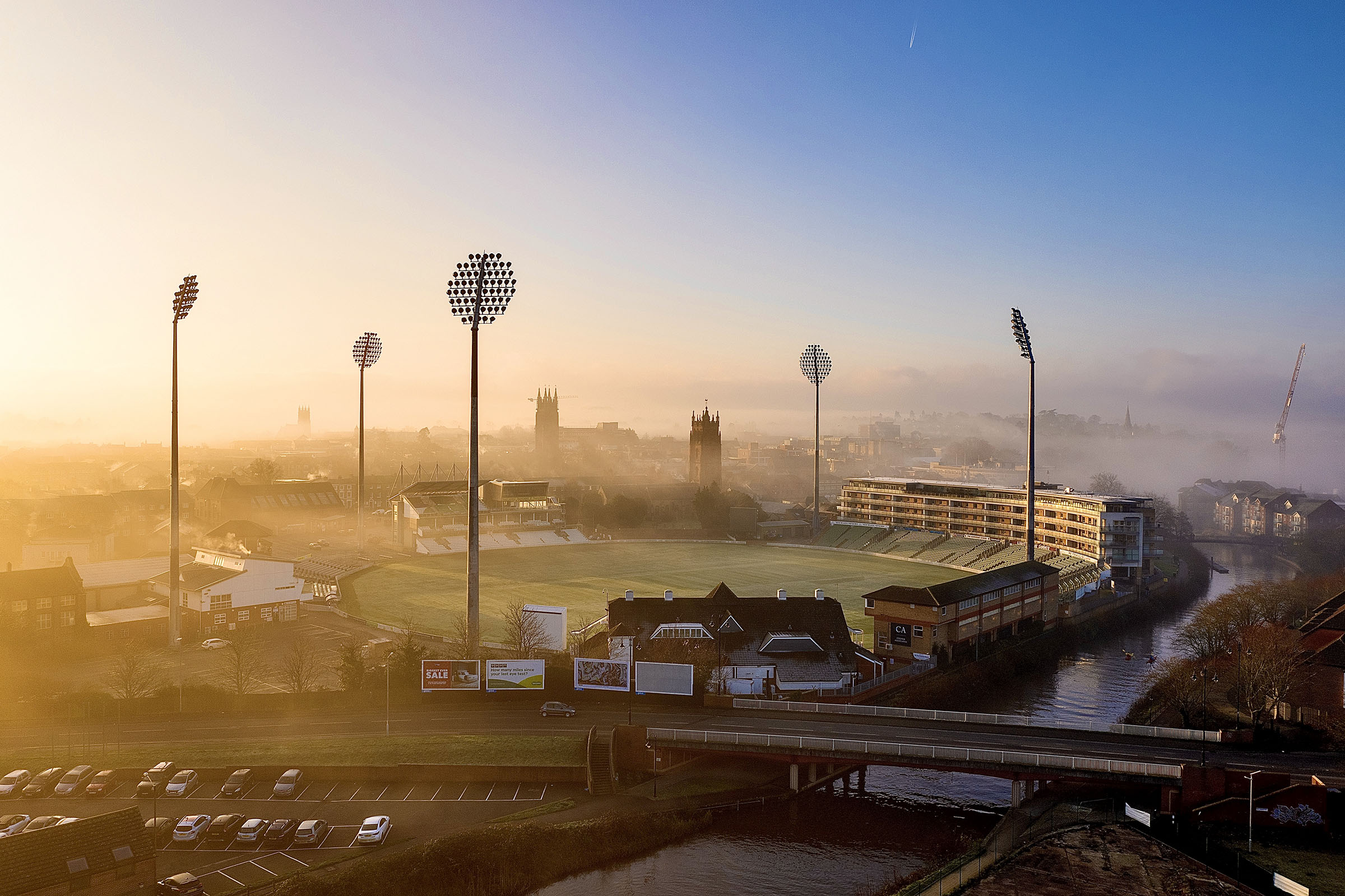 In 2016 Sport England published a ‘Code for Sports Governance’, requiring sporting Governing Bodies to ‘have a clear and appropriate governance structure, led by a Board which is collectively responsible for the long-term success of the organisation’. The ECB, in response to the ‘Code for Sports Governance,’ worked with representatives from across the game to develop a County Governance Framework (CGF) which was published in February 2020.

The framework, which is required to be adopted by all Counties, identifies the principles of good governance, requiring increased skills and diversity in decision making, ensuring accountability, greater transparency and constitutional arrangements that give Boards the primary role in decision making.

With this in mind, a member-led review group worked diligently to draft proposals, in a bid to ensure that Somerset County Cricket Club (SCCC) is in a position to comply with the CGF, provide an effective governance structure, whilst maintaining our position as a strong Members’ Club.

In November 2021, the SCCC Membership overwhelmingly supported the proposed approach for the Club’s future, and since then extensive work has been done on identifying people with the appropriate knowledge, skills and experience to sit on the Board.

The Club advertised the Appointed Director roles and encouraged anyone who possessed the required skill set and necessary experience to apply.  To ensure some form of continuity during a transition period, the membership were asked to and did overwhelmingly support an alteration to the new Rules, which allows three current General Committee members to become Member Directors for a limited period.  Elections will take place this winter for all three Member Director roles to take effect from the AGM in the spring of 2023.

Following our annual AGM, we are pleased to be able to introduce you to the new Board of Somerset County Cricket Club.

Sir Michael, who lives locally in North Devon and is a Member of the Club, was once described by Time magazine as ‘the single most influential educator on the face of the earth’,

Sir Michael is the Founder and Chair of Delivery Associates, which has worked with government leaders across the developing and developed world to enable them to deliver their domestic policy priorities. He has also worked on delivery and accomplishment with elite sports organisations including the Lawn Tennis Association and Team Sky. Since 2016 he has been a member of the FA’s Technical Advisory Board which has helped the England men’s and women’s teams prepare for major tournaments.

He is the author of ‘Accomplishment: How to Achieve Ambitious and Challenging Things’ (Penguin 2021.)

Vic lives in Exeter and is an Honorary Life Member of SCCC.

Vic played his part in helping the county win five one-day trophies during the so called ‘Glory Years’ era.

Following his retirement from the game, he became a highly respected journalist for the Observer and the Guardian, and one of the regular and most recognisable voices on Test Match Special.

Vic also previously held the position of Chairman of the Cricket Committee at SCCC for many years.

Rowena lives in Taunton and is a SCCC Member.

She is an experienced Board Director with 35 years of executive, commercial and technical experience in the chemicals and advanced materials sectors. In her role as CEO and Executive Board Director of Econic Technologies, she was responsible for defining and leading the delivery of the business strategy to create a commercially viable business from a research idea, establishing strong values and culture as the team grew.

Rowena has a strong understanding and functional knowledge of corporate governance, risk management and inter/intra company relationship management. Having stepped back from full-time operational roles in early 2021, Rowena currently deploys her experience and insight in both advisory and non-executive capacities.

Rachel lives just outside London and is a general sports enthusiast.

She is a qualified chartered accountant, former audit partner and was a fellow of the CIPD – the professional body for HR and people development.

She has built deep and broad management experience over 30 years, working in a number of diverse roles at the international ‘Big 4’ firm KPMG. Amongst other roles, Rachel served as a member of the firm’s global executive for nine years as Head of People, Performance and Culture.  She  was also the executive responsible for global communications and ESG.

Rachel has also served as an Independent Non-Executive Director with the Department of Energy and Climate Change and on the Advisory Board of HRH’s The Prince of Wales Accounting for Sustainability.

Since leaving her executive role with KPMG in 2020, Rachel has served as a Board member of the Lawn Tennis Association (LTA) and is currently the Senior Independent Director, Chair of the Audit Committee, Member of the Nominations Committee and Board Lead Director for Inclusion and Diversity.  She is also the Chair of the charity Minds@Work.

A fourth Director has been identified and will be appointed in due course.

Richard lives in Taunton with his family and has been officially associated with SCCC for nearly two decades.

A lifelong Somerset fan, Richard has developed a great passion for the game at all levels throughout his life. He is the President of Taunton St Andrews Cricket Club.

He has 20 years’ experience in the construction industry and spent 10 years working within the world of finance.

His involvement with Somerset County Cricket Club began in 2004, when he ran Keith Parson’s benefit year. Since then, he has chaired seven benefit/testimonial seasons for Somerset players.

Richard took over the running of the Club shop in 2005 at the request of then CEO, Peter Anderson. Under his stewardship as Managing Director, Somerset County Sports has gone from strength to strength and expanded to additional premises in Devon. In the last few years, he has stepped away from SCS in order to spend more time with his grandchildren and to allow his son James to take over.

Richard has held a number of important positions within Somerset CCC, including the Chair and the Vice Chair.

Away from cricket, Richard and his family own and run the Mountbatten Nursing Home in Taunton. He also Chairs the Registered Care Providers Association in Somerset.

Born and raised in Taunton, Geoff is a lifelong Somerset supporter and Life Member since 2000.  He worked for 49 years as a TV Cameraman, 24 years with the BBC and then as a freelance cameraman. For 15 years Geoff was the Head Cameraman for Sky Cricket, during which time he made many friends and acquaintances amongst the players, officials and administrators of the game.

Upon retirement, Geoff was able to devote more time to watching Somerset and to serving on the North Somerset & Bristol Area Committee and then also on the General Committee.

Geoff was able to use his experience to assist the SCCC streaming team, especially during lockdown, to help produce the Club’s award winning streaming coverage.

Away from cricket, Geoff is very involved in a non-operational role with Portishead Lifeboat as an Education Volunteer and their Treasurer, and also Treasurer for a Community Café.

Christine was raised in the West Country before undertaking her nurse training in 1980. As a qualified nurse she specialised in renal nursing for 30 years and for last 15 years she was the manager of kidney dialysis units. Prior to retiring from nursing, she worked in the acute medical setting. Since retirement from nursing, she has been working for a Somerset charity which supports people in the community who need help ranging from applying for benefits, help with food, through to supporting those who have survived domestic abuse and need to get their lives back together.

She saw her first game of cricket at Clarence Park in Weston-super-Mare. Her husband plays village and Somerset Seniors cricket, and her late father-in-law was Chair of Bridgwater and West Somerset Area Committee where he served along with his wife for many years. He also served on the General Committee at SCCC.

Christine is passionate about all aspects of SCCC and is honoured to be representing the Club’s Members on the new Board and will always be available to listen and advocate for all.

Dr Habib Naqvi is Director of the NHS Race and Health Observatory, which works to identify and tackle ethnic inequalities in health and care by facilitating research, making health policy recommendations and enabling long-term transformational change.

Habib joined the NHS in 2001, managing large public health research programmes in the South West of England. He spent a number of years working at the Department of Health and Social Care where he led national equality and diversity policy, including on the health sector’s response to the UK government’s review of the Public Sector Equality Duty.

He joined NHS England in 2013, where he directed the development and implementation of national health equity programmes for the NHS workforce, patients and communities, and reverse mentored Lord Simon Stevens. Habib has spoken and written widely on health equity and has given evidence to the House of Commons Health and Social Care Committee.

Habib also volunteers as a trustee of the Mary Seacole Trust and was awarded an MBE in the 2019 Queen’s Birthday Honours for services to equality and diversity in the NHS. He was recently listed in the Health Service Journal’s ‘100 most influential people in health’.

Habib joined the Somerset Cricket Foundation as a trustee in January 2022 and will be their representative on the SCCC Board.

Gordon became CEO of Somerset CCC in March 2020. During his time in the role, he has successfully guided the Club through the Covid-19 pandemic and has ensured that SCCC continue to be at the top table within every realm of the domestic game.

For the 18 years prior to arriving at Somerset, Gordon held a number of senior positions in cricket, following a successful commercial career in Scotland and the North East of England.

Most recently Gordon was the Chief Operating Officer and Managing Director of County Cricket for the England and Wales Cricket Board (ECB) and led the development of county cricket at professional and recreational level across the country in close collaboration with the First Class Counties, National Counties and the recreational game.

In addition to the new governance structure, the Club has also appointed a new President.

We are pleased to be able to announce that Sir Peter Wanless will succeed Brian Rose in the role.

Sir Peter Wanless CB is Chief Executive of the National Society for the Prevention of Cruelty to Children (NSPCC), a role he has held since 2013.

He joined having previously been Chief Executive of the Big Lottery Fund for 5 years. Peter has also served as a senior civil servant at the Department for Education and at HM Treasury where he worked closely with both Labour and Conservative politicians.

Peter was born and brought up in the West Country and is a lifelong supporter of Somerset County Cricket Club, where both his parents were also Members. Peter and his brother Graham were both named after Somerset cricketers.

The Club would also like to take the opportunity to thank Gordon Baird and Brian Rose for their outstanding contributions to the Club.

Gordon became Club Chair in 2019 and has played a vital role in successfully navigating the Club through the global pandemic and ensuring that SCCC are in a strong position both on and off the field.

Brian Rose is a name that is synonymous with Somerset County Cricket Club. One of the Club’s greatest ever players, he captained the side during the Glory Years era and has become a trusted advisor and figurehead for the Club in the years since he hung up his pads. His passion for the Club is second to none and he has fulfilled the role of President with distinction.

Outgoing Committee Member Stephen Southwell will remain affiliated with the Club and will be attending Board meetings in an advisory capacity.