As England Women celebrated a dramatic Vitality IT20 series victory over New Zealand in front of jubilant crowd at the Cooper Associates County Ground, all those involved could quite rightly look back on what had been another incredible day at the spiritual home of women’s cricket.

Somerset has a longstanding and successful relationship with the women’s game, especially at international level. England Women made their debut at the County Ground in 1997 against South Africa in an ODI which saw a young Charlotte Edwards make the first of her nine ODI hundreds. Since that day the England team have regularly returned to First Class cricket’s most South Westerly outpost. 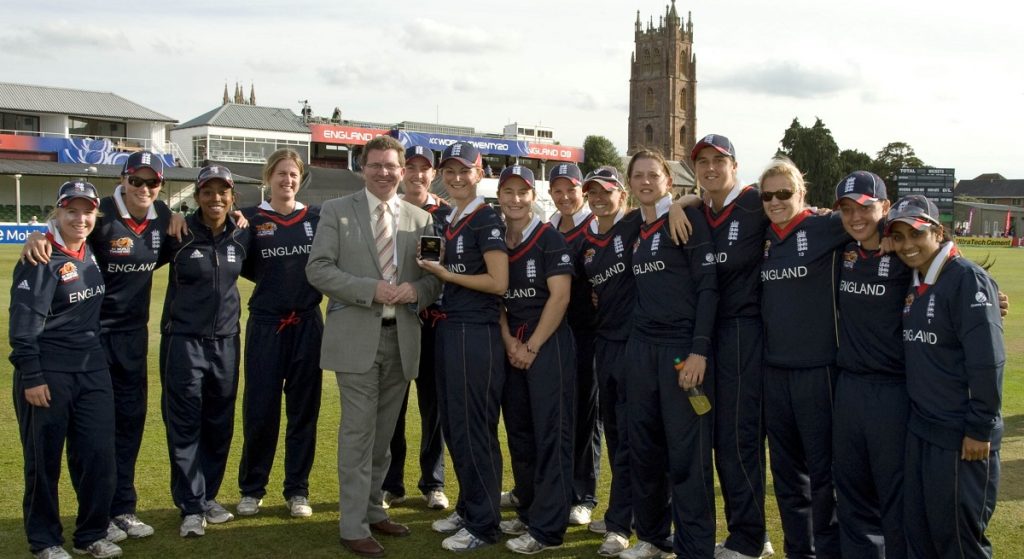 In 2009 the home of Somerset County Cricket Club also officially became the ECB’s Home of Women’s Cricket. This coincided with the ICC Women’s World Twenty20 tournament, which saw Somerset stage all 12 group match fixtures in the competition. Since then, the women’s game has gathered enormous support and momentum and from a logistical point of view it made sense for the England team to relocate away from the rural South West.

The players themselves make no secret of their love of playing in Taunton. On the eve of the third and deciding IT20 match last week, Danielle Wyatt said: “”We all love playing down at Taunton. There’s always a great crowd that gets right behind us, so it’s a game that we’re all looking forward to.

“I’ve always loved playing in Taunton because there’s a nice feel when you get off the coach. It’s a lovely ground and it’s always a really good wicket. There’s always a good crowd and a good atmosphere. We’ve all got good memories of playing there and I was lucky enough to be at the other end for most of Tammy’s T20 hundred against South Africa there in 2018. Hopefully, we can create some more memories tomorrow night.”

Ahead of the game, England Captain, Heather Knight was presented with a special cap to mark her 200th appearance for her country.

It was a perfect homecoming for the Devonian. “It’s nice to be back [after injury] and it was a really lovely night,” she said after claiming the player of the match award. “It’s great to be at Taunton, which is a home ground for me. I grew up not too far away. New Zealand really tested us tonight and it was a brilliant game of cricket.”

It wasn’t just on the field that the night was a success.

“The 600 tickets were allocated to Women and Girls clubs across Somerset, Devon, and Dorset,” she said. “Those in attendance ranged from Dynamos participates (7-11year olds) all the way through to Women’s teams. It was great to see so many people in attendance and lots of women and girls watching the match and enjoying the great atmosphere.

“We also invited women and girl’s volunteers and softball league winners to the County Room to say thank you and congratulate those who won the league. We had 30 volunteers from across the county and it was great to chat to different volunteers about their experiences over the summer and their aspirations for next season. The event allowed different clubs to network and bounce ideas of one another.”

Any women and girls who are interested in getting involved in cricket, or who would like more information please email Colette.gooding@somersetcricketfoundation.org