Somerset Assistant and Fielding Coach, Paul Tweddle is now back working with the squad after spending time away with a group of England Lions bowlers in India just prior to Christmas.

“It was predominantly a batting and spin camp,” he said. “But my job was to work with them on their fielding and it was great to have some time out there and to experience a different culture and environment.”

Paul talked about the other coaches who were involved.

“Richard Dawson and Vikram Solanki were the two main coaches on the trip but we also had Rangana Harath who came to work with us for four days. It was brilliant to pick his brains about spin, and Bruce French also joined us for a few days.

“I’m really proud to have been asked by the ECB to go out to India with the Lions. I’ve worked really hard to have got to where I am, so to get this sort of recognition is really good.

“Over the years I’ve had so much help along the way and I’m really grateful to everybody who has contributed in any way. Jason Kerr, Greg Kennis and Andy Hurry have been around me the most and they have all helped me hugely on my journey, so I’m massively indebted to them.” 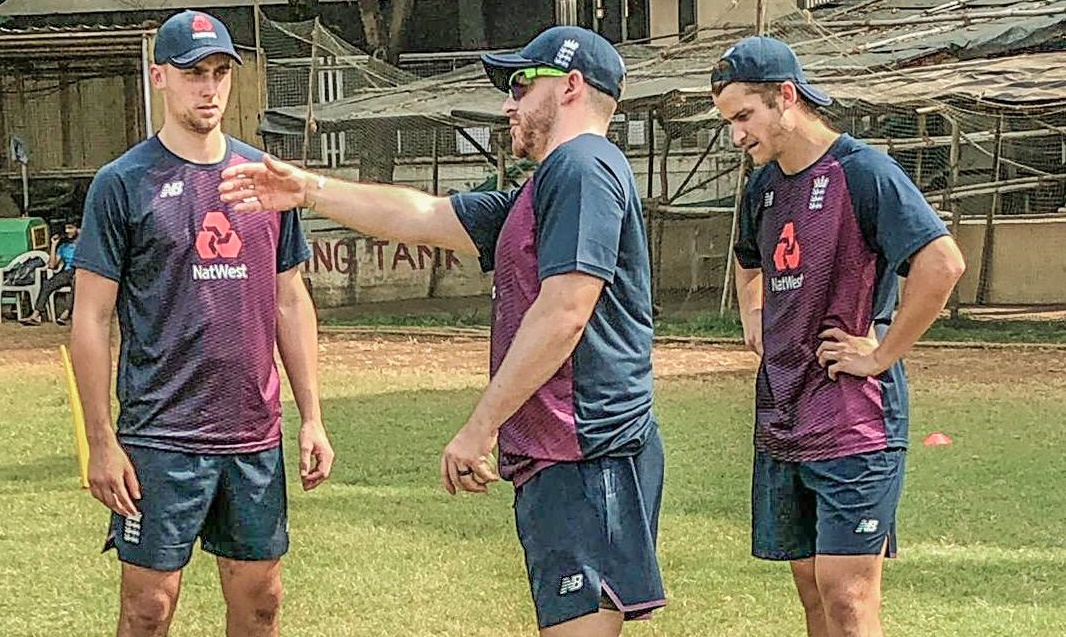 The 31-year-old, who hails from West Dorset, has certainly come a long way since he first became involved with Somerset, playing as a wicket-keeper for the Second XI back in 2007.

“After playing for the Second XI, seeing the standard that was around me and watching people like Craig Kieswetter, I pretty soon worked out that I wasn’t going to make the grade as a player.

“I already had a passion for coaching by then and I wanted to explore it more, so I put my playing career to one side and focused on my coaching, which I had already started at Dorchester CC.”

In between playing Second XI cricket and being appointed by Somerset as a full-time coach there was a gap of several years.

“I’d already started to get my coaching badges, so I did some work for Dorset,” he explained. “During the first year of my Level Four badge, Jason Kerr asked me to come and help out on the Academy and work with young wicket-keeper James Regan, who had just joined.

“I did a session with James and things have just evolved from there really. There were times when I didn’t feel like I was really going to make a full-time career out of coaching, but I backed my own ability to be a good coach and had the belief that it would eventually happen.

“It was 2015 that I came on board full time with Somerset to work with the whole Pathway, from the EPP through to the professional staff as an assistant coach and also as a fielding coach. That was when I knew that there was a role for me at the Club.”

Since then Paul’s role has developed as he explained.

“I still work across the whole Pathway, trying to build a fielding culture that’s really exciting and develops the players from a young age through to the professional staff. The plan is to ensure that we stay as what I believe is the best fielding side in the country.

“Alongside that I’m now more involved with coaching in the First XI environment which may be batting or bowling and assisting Jason as much as I can on a day to day basis.

“We’ve got some extremely talented fielders in the Somerset team and that is testament to their hard work plus how fit and how conditioned they are.

“The culture and the work that has been going on here over the last 15 years in terms of getting guys fitter than anyone else has enabled me to jump on the back of it as a fielding coach and improve people’s skills.

“I’m very proud of the guys when they pull off great catches that can change the game or I see one of the younger players like Tom Lammonby come into the side and exceed the current level.

“The aim is for new guys coming into the squad to not just hold the standard, but to push it forward.

“The way that the batters now play the game is 360 degrees, so as a fielder you know that you have to be mentally sharp and physically in the game. There’s no hiding.

“Professional cricket is something I have a passion for and have loved from the start, so to be involved is incredibly exciting.”