Somerset travel to the Cloud County Ground tomorrow (Sunday June 19th) to take on Essex Eagles in the Vitality Blast.

Tickets are still available for this match.

Somerset are currently second in the South Group with 12 points from eight matches, whilst Essex are third with 11 points from nine fixtures.

The two sides have faced each other on 16 occasions in T20 cricket. Somerset have won eight times, Essex have come out on top on six occasions and two matches have been abandoned.

The best bowling for Somerset is five for 32 by Roelof van der Merwe at Chelmsford in 2019, while for Essex it is four for 22 by Timothy Phillips at Bath in 2011.

The last time the two sides met in the Vitality Blast was earlier this season at the Cooper Associates County Ground.

After winning the toss, Tom Abell elected to bowl first in a match that was reduced to 18 overs per side.

Matthew Critchley made 60 from 38 balls as Essex Eagles posted 139 for nine. Marchant de Lange was the pick of the bowlers, claiming four for nine.

Will Smeed (58 from 30 balls) and Rilee Rossouw (67 from 29) ensured that Somerset reached their target for the loss of just four wickets with 20 balls to spare.

Ahead of the match, Lewis Gregory said: “There’s always a pretty rowdy crowd at Essex, so we know that we’ve got a big task ahead of us. We’re playing some fantastic cricket at the moment and hopefully we can put in another good performance on Sunday.

“The exciting thing for us is that we’ve got a lot of guys who are putting their hands up when it’s needed. That’s what successful teams do and hopefully that will continue throughout the rest of the competition.

“There’s never an easy game against Essex. They’ve got some excellent players, and we’ll have to be on top of our game to come out on the right side against them on their own patch.

“We’re playing some fearless cricket at the moment and I’m excited to see what the rest of the competition holds for us.” 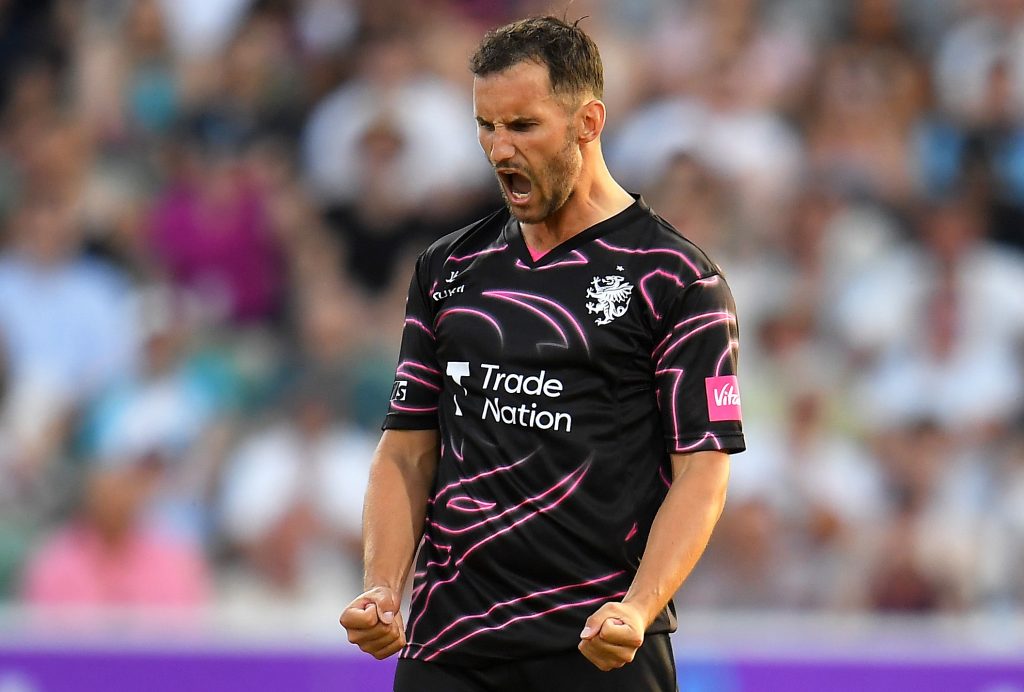 Tickets are still available for this match and can be purchased now!