Somerset’s players once again played major roles for their overseas clubs and their countries over the course of the weekend.

Jack Leach was once again outstanding as England secured a historic series whitewash in Sri Lanka.

The Somerset spinner claimed four for 72 plus a brilliant run out in Sri Lanka’s second innings in the third and final Test in Colombo as the tourists won by 42 runs.

Jack took the final wicket as England claimed their first ever series whitewash in Sri Lanka and finished the series with an impressive haul of 18 wickets at an average of 21.38 with a best of five for 83.

After the match Jack said: “It was a case of just trying to get my body going again, as I was keen to get that new ball in my hand.”

Regarding the run-out he said: “I’d love to say I’ve been working on them! It was a big moment, I saw it going towards the stumps and thought, that’s going to hit!”

Well done @Jackleach1991 for coming over to shake hands after the win and share photo opportunities, the only player to do so. You do @Somersetccc proud in every respect #WeAreSomerset

Azhar Ali, who today announced that he will be re-joining Somerset for the 2019 season, was once again in good form for Pakistan in the second Test against New Zealand.

Somerset’s new man contributed 81 to Pakistan’s first innings score of 418 for five declared. Pakistan then dismissed New Zealand for 90 to find themselves in a strong position.

SIX! Azhar Ali breaks the shackles this time around! Skips down the wicket and launches the ball over the infield for a maximum

Somerset Vitality Blast Captain, Lewis Gregory captained the England Lions in their opening ODI against Pakistan ‘A’ in Dubai. Lewis claimed three for 79 from his ten overs but could prevent the Lions from losing by 187 runs. Jamie Overton also featured in the game.

Lewis and Jamie, along with their Lions and Somerset teammate Dom Bess, also found time to catch up with Peter Trego and Roelof van der Merwe who are currently taking part in the 2018 T10 tournament in Sharjah.

Max Waller is spending the winter in South Africa playing for Milnerton. Last week Max claimed impressive figures of three for seven from six overs as his side beat Ottomans. This week Milnerton were beaten by Durbanville despite Max claiming four for 52 from nine overs.

In Australia Tom Abell helped Fremantle beat Mount Lawley following the resumption of their match at the weekend. The Somerset Club Captain took 2 for 17 as his side won outright and on first innings.

Tom Banton also impressed down under this weekend. The wicketkeeper/batsman scored 49 from 51 balls in South Perth’s second innings total of 241 for seven declared against Subiaco Floreat.

Unfortunately Ollie Sale has picked up an injury in Australia as SCCC Head of Science & Medicine, Jamie Thorpe explained. “Ollie has suffered a recurrent back injury. We are currently working with the New South Wales medical team in order to ensure that he is receiving the appropriate attention.”

Elsewhere, Western Storm’s Heather Knight and Anya Shrubsole were unable to prevent England from defeat in the final of the ICC World T20.

After winning the toss and electing to bat England posted a total of 105 all out from 19.4 overs. Australia reached their required victory target with 29 balls to spare to win by eight wickets. 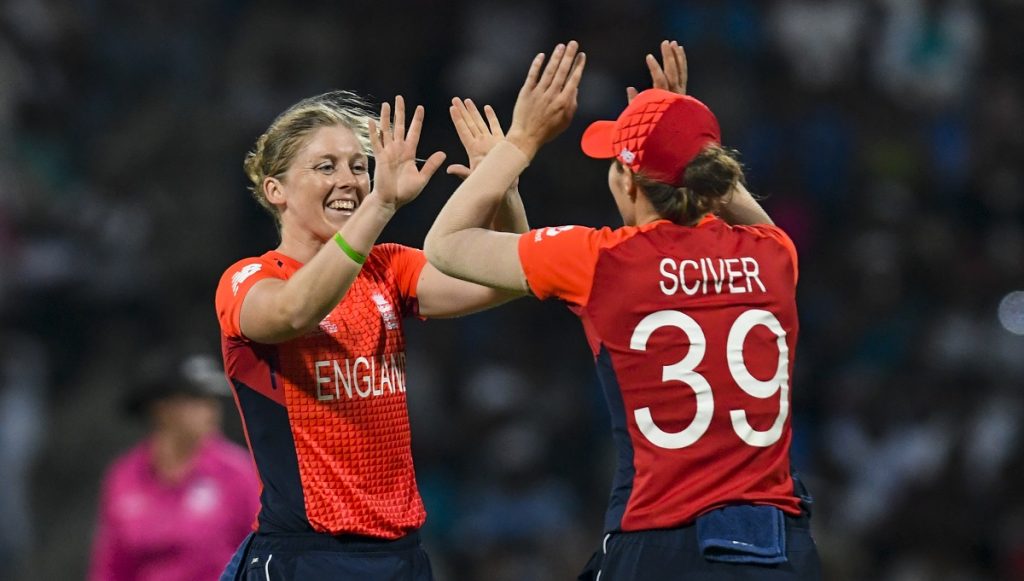 After the final Heather said: “We will obviously take time to reflect and work out where we go forward as a team. We have a massive year coming up with the Ashes so we will go back, assess and move on.

“We came in with a lot of inexperience and some of the girls that have come in have stepped up brilliantly.

“We didn’t quite adapt to conditions as well as we could have in terms of areas we hit and the wickets we lost. We kept on losing wickets at key times and lost momentum and weren’t able to post a total that was competitive.”

Anya and her Storm teammate Smriti Mandhana were included in the ICC Team of the Tournament. The team has been compiled based on performances during the 16-day World T20 competition.