Somerset begin our opening First Class match of the season tomorrow (Tuesday) when we host Cardiff MCCU in a three-day game at the Cooper Associates County Ground.

This game is an MCCU First Class game and therefore runs scored and wickets taken will be included in the 2019 First Class averages.

Entry to this match is free of charge.

You can keep up to date using our dedicated Match Centre via this website and on our Twitter page.

The two sides have met on several occasions in pre-season matches but only once before in an MCCU First Class match and that was in 2012 at Taunton Vale Sports Club.

It was a match which saw Jack Leach make his First Class debut albeit against Somerset!

The match ended in a draw.

After being invited to field first, the students scored 342 for seven declared from 109 overs. Zach Elkin top scored with 138. For the hosts both James Burke and Craig Meschede claimed two wickets each.

The highlight of the Somerset reply was the second wicket partnership of 450, a new all time record against any team for the County, between Nick Compton (236) and James Hildreth (268).

Batting for a second time, Cardiff MCCU reached 126 for five off 55 overs, Max Waller taking three wickets for 33 from his 21 overs, nine of which were maidens. 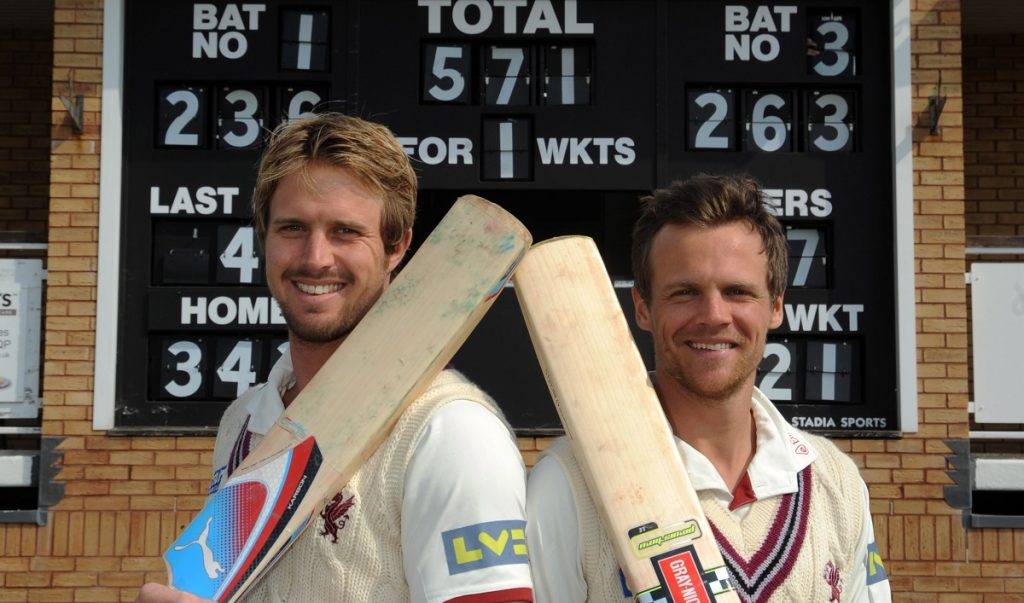 Somerset will be without Tom Abell, Peter Trego and Dom Bess, all of whom are currently representing the MCC in the County Champion match against Surrey in Dubai.

Ahead of the match Somerset Head Coach, Jason Kerr said: “The guys are really excited. We had some outstanding preparation in Abu Dhabi. The skills are where we need them to be and now it’s all about fine-tuning. We now have the opportunity to do that this week.

“We’re still building to that first game against Kent so all the guys will be giving absolutely everything they can to get the most out of these three days. The match gives us the chance to put in to practice everything that we’ve been working on this winter.

“It’s a fantastic opportunity for the Cardiff players to make a name for themselves and I know for a fact that they will be well prepared. We won’t be taking anything for granted and we certainly won’t be underestimating them.”

The Sir Ian Botham Stand and the top tier of the Somerset Pavilion will not be open for this match.

The Long Room will not be in operation during this fixture, but on days one and two Long Room Members may use the 1875 Club.

The Long Room and the 1875 Club will not be available on day three.

Stragglers Coffee House will be open and selling a selection of hot and cold food and drinks. The ground floor concession unit in the Somerset Pavilion will also be open.

If you are coming to the match all the information that you need can be found in our comprehensive match-day information page.