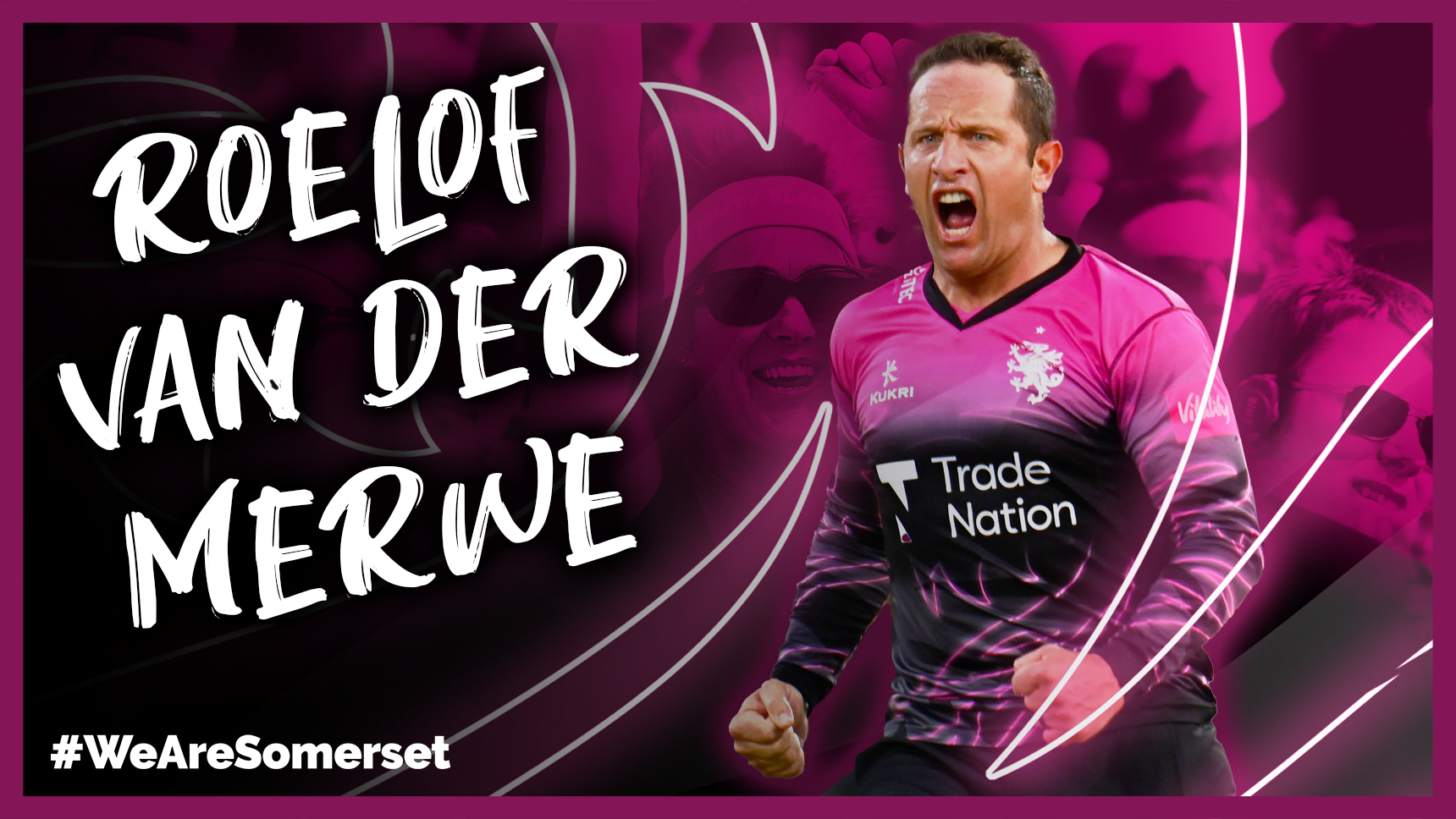 Somerset County Cricket Club are pleased to be able to announce that Roelof van der Merwe has signed a contract extension.

Roelof first came to the County in 2011 after signing a short-term contract. He returned in 2016 and since then has established himself as an important member of the First XI squad across all three formats of the game.

In his time with the Club, the Netherlands International’s performances have seen him awarded with his County Cap, and he was a key part of Somerset’s Royal London Cup triumph in 2019.

He also broke the record for the highest score by a Somerset player in a 50-over match when he made a match-winning 165 not out against Surrey at the Cooper Associates County Ground in 2017.

After signing the extension, Roelof said: “I’m really pleased to have extended my time at Somerset. We have a great group of guys here and I genuinely feel that we are on the verge of something exceptional.

“The Club holds a very special place in my heart, and I will be doing everything that I can to make sure that we win games of cricket and claim the silverware that the players and our brilliant Members deserve.”

SCCC Director of Cricket, Andy Hurry is pleased to have secured Roelof for an additional year.

“Roelof is a quality performer across the three formats of the game,” he said. “His drive, determination and will to succeed are second to none and he is a genuine team man. He is exceptional both on the field and in the dressing room, and all his domestic and international experience make him an outstanding role model for our aspirational players to learn from.

“His passion for the game is infectious and his contributions with the bat, the ball and in the field are of the highest standard.

“I can confirm that we are once again able to register Roelof as a local player.”

Enjoy seeing Roelof in action next summer with 2022 Membership!

Membership for the 2022 season is on sale!