Top of the table Somerset welcome Nottinghamshire to the Cooper Associates County Ground tomorrow (Sunday) for this Specsavers County Championship Division One match.

Somerset currently have 142 points from eight matches whilst Nottinghamshire are eighth with 41 points from the same number of games.

Play is scheduled to get underway at 11am.

Gates will open at 10am.

A live stream of this match will be available with synchronised BBC Commentary. The link for this will be posted shortly before play begins.

The two sides have met in First Class cricket on 130 occasions. Somerset have won 37 times, Nottinghamshire have won 31 of the matches and 62 games have been drawn.

Somerset’s highest team score in the series is 654 for eight declared at Trent Bridge in 2004, while for Nottighamshire it is 585 for five declared at the same venue in 1947.

Somerset’s best bowling in the series is nine for 33 by Ted Tyler at Taunton in 1892 while for Nottinghamshire it is eight for 30 by Bill Voce  at Weston-super-Mare in 1939.

When the two sides met earlier this year at Trent Bridge it was Somerset who won by an innings and 14 runs.

Batting for a second time Nottinghamshire were bowled out for 125. Jack Brooks claimed four for 22 and Jack Leach six for 36.

Ahead of the match Somerset Head Coach, Jason Kerr said: “It was important for us to bounce back against Hampshire and the boys did exactly that. Once again our bowling attack were superb and the batsmen stood up too. There’s been a lot of talk about the top order over the last few weeks and I think they answered their critics in the best possible way, by getting runs out in the middle.

“It’s vital that we maintain our standards this weekend against Notts. You just have to look at their side to know that they can be extremely dangerous. They have quality players but we just have to make sure that we execute our skills on the field, win the individual battles and come out on top in the crucial moments.”

If you are coming to the match all the information that you need can be found in our comprehensive match-day information page. This covers everything from planning your journey to where you eat when you get here.

Somerset hit 52 sixes during last season’s County Championship, the joint-highest amount alongside Nottinghamshire. Lewis Gregory hit the most for Somerset with 13.

Sunday is Somerset and Dorset Day.

To celebrate the event we have invited cricket clubs from both counties to be our guests at the Cooper Associates County Ground on the day.

The Somerset OSCAs will also be presented during the lunch interval on Sunday.

Day two (Monday) of this match have been allocated as our annual Schools Days.

This year will be the seventh year of this initiative and we are delighted to be welcoming over 1000 pupils from across the region.

All pupils will receive an activity booklet when they arrive at the Cooper Associates County Ground which consists of a number of cricket themed activities and games.

Cricket activations will be taking place in the Indoor Centre of Excellence throughout the day and our inflatable cricket nets will also be in place outside the Somerset Cricket Museum.

During the interval all schools will take part in a parade around the outfield.

Please note that seating in the Ondaatje Stands will be reserved for schools on Monday.

Approximately 40 local groundsmen have been invited to join us as our guests on Monday. They will spend the day on the Thatchers Roof Terrace and will be invited on to the outfield during the lunch interval. 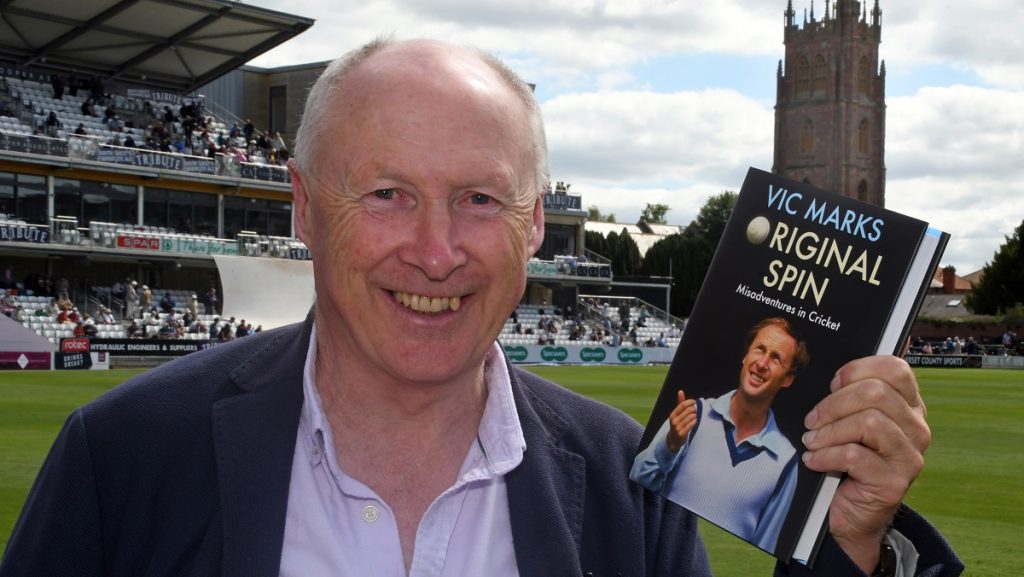 Somerset legend Vic Marks will be signing copies of his new book: “Original Spin” in the SCCC Shop after the tea interval on Monday.

Vic, Brian Rose, Anthony Gibson and Stephen Chalke will also be holding a Q&A session in the Stragglers Coffee House 15 minutes after the close of play on Monday.

2019 Members are being invited to attend a Question and Answer Session on Tuesday.

In order to keep supporters up to date with everything that is happening at the Cooper Associates County Ground, CEO, Andrew Cornish and Director of Cricket, Andy Hurry will be answering questions put to them by Somerset Members.

The session will take place in the County Room 20 minutes after the completion of play.

Members of Somerset County Cricket Club are welcome to attend this Question and Answer session and 2019 Membership cards will be required to gain entry.

Stephen Hill will be signing copies of his new book: “Somerset Cricketers 1971 to 2000” in Somerset County Sports on Sunday.