Somerset are back in Vitality Blast action tomorrow (Sunday) when we welcome Middlesex to the Cooper Associates County Ground.

Somerset are currently fifth in the South Group table with six points from as many matches whilst Middlesex are seventh with four points from six matches.

This match is part of a double header with the KIA Super League which will see Western Storm take on Loughborough Lightning at 12pm followed by Somerset v Middlesex in the Vitality Blast at 4pm.

You can keep up to date using our dedicated Match Centre via this website and on our Twitter page. There will be live TV coverage on Sky Sports and radio coverage from BBC Sport.

A report on the day’s play along with quotes will be posted after the close.

Since the introduction of T20 cricket the two sides have met on 13 occasions. Somerset have won eight, Middlesex have won three, one game was been tied and one was abandoned.

Somerset’s highest total is 235 for five at Taunton in 2011 and for Middlesex it is 159 for nine in the same fixture.

The highest individual innings by a Somerset player is 89 not out by Kieron Pollard at Lord’s in 2010, and for Middlesex it is 98 not out by Joe Denly at the Oval in 2014.

When the two sides met at Lord’s in the Vitality Blast earlier this month the hosts won the toss and elected to bat first. Max Holden top scored with 84 off 55 balls while Dwayne Bravo chipped in with an unbeaten 32 off 12 as Middlesex posted 175 for five from their 20 overs. For Somerset Max Waller claimed two for 22 from his four overs, while Roelof van der Merwe took two for 26.

In reply Johann Myburgh hit 46 off 27 balls with five fours and three sixes at the top of the order. Pete Trego (32), Tom Abell (28) and Corey Anderson (39) then ensured that Somerset reached the required total to win by four wickets with 12 balls to spare.

Ahead of the match Head Coach, Jason Kerr said: “It’s important that we bounce back. We played really well and had a victory against Middlesex at Lord’s against them, but we have struggled in the two shortened games we have had.

“However what we have done on the back of each of those is bounce back well, so we will be looking to do the same again on Sunday.”

Gates will open at 11am. 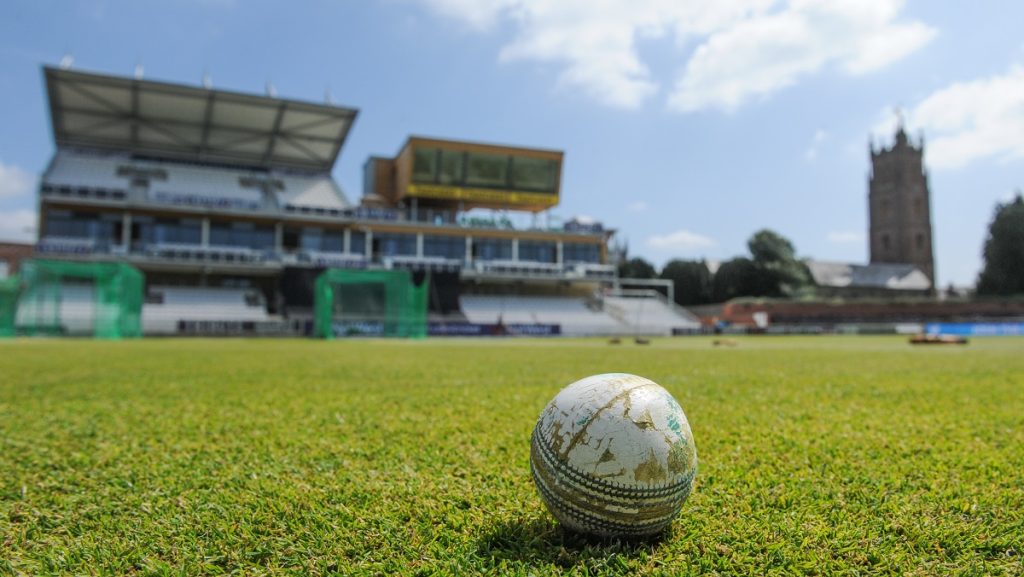 There are a number of outlets where you can purchase food and drink on match day and these are now all installed with PDQ card payment devices.

After the success of last year’s inaugural Rainbow Laces campaign ECB and the cricket family will once again lace up this weekend to celebrate lesbian, gay, bi and trans (LGBT) players and fans at every level of cricket.

For the second year in succession ECB has joined forces with LGBT equality charity Stonewall to bring Rainbow Laces to the Vitality Blast and Kia Super League this coming weekend.

With the support of players, counties and broadcasters the campaign will see thousands don their laces between July 27 and July 29, to show that cricket is everyone’s game and that LGBT people are welcome and included at every level.

Stumps, flags and big screens will also feature the rainbow to further indicate ECB’s support for the campaign, which will run across every KSL and Vitality Blast fixture across the three days.

It comes after ECB became the first sporting national governing body to march independently at Pride in London, as part of its Diversity Action Plan and Stonewall Diversity Championship Partnership.

ECB Chief Executive Tom Harrison said: “Cricket is a game for everyone and we’re pleased to be supporting Stonewall and Rainbow Laces once again.

“We’ve been proud to work alongside our principal partner NatWest and the message of their ‘Cricket has no Boundaries’ campaign rings true with Rainbow Laces.

“Everyone should feel that they are welcome in sport and we want to play our part in building an increasingly inclusive and accepting culture.”

ST AUSTELL BREWERY will be in the St James Street side of the ground in their Korev truck giving away free samples to over 18s. They will also be asking supporters to sign up to take part in our special interval competition which will see big prizes up for grabs.

THE REAL SHAVING COMPANY will be giving away free samples on match days.

THATCHERS CIDER. Keep an eye out for their Golden Ticket competition!

KIDS ZONE. Our Kids Activation Zone will be set up in front of the Cricket Museum. Make sure you visit the Somerset Cricket Board Coaches and try out your skills!

Based at Smalls Yard, Dellers Wharf, Perry and Prouse garage services was established in 2002.

As an Independent specialist they guarantee their customers an unparalleled, consistent level of personal service and technical knowhow.

Perry and Prouse are SAAB approved repairers but offer servicing, repairs and MOTs for all makes and models of vehicle.

They provide every customer with a high level of comfort in their relaxing reception lounge, with complementary hot and cold refreshments, free wifi and magazines for those who wish to wait.

They are also able to offer courtesy cars and a local drop off and collection service.

Why not have your car serviced whilst you enjoy a day at the cricket?