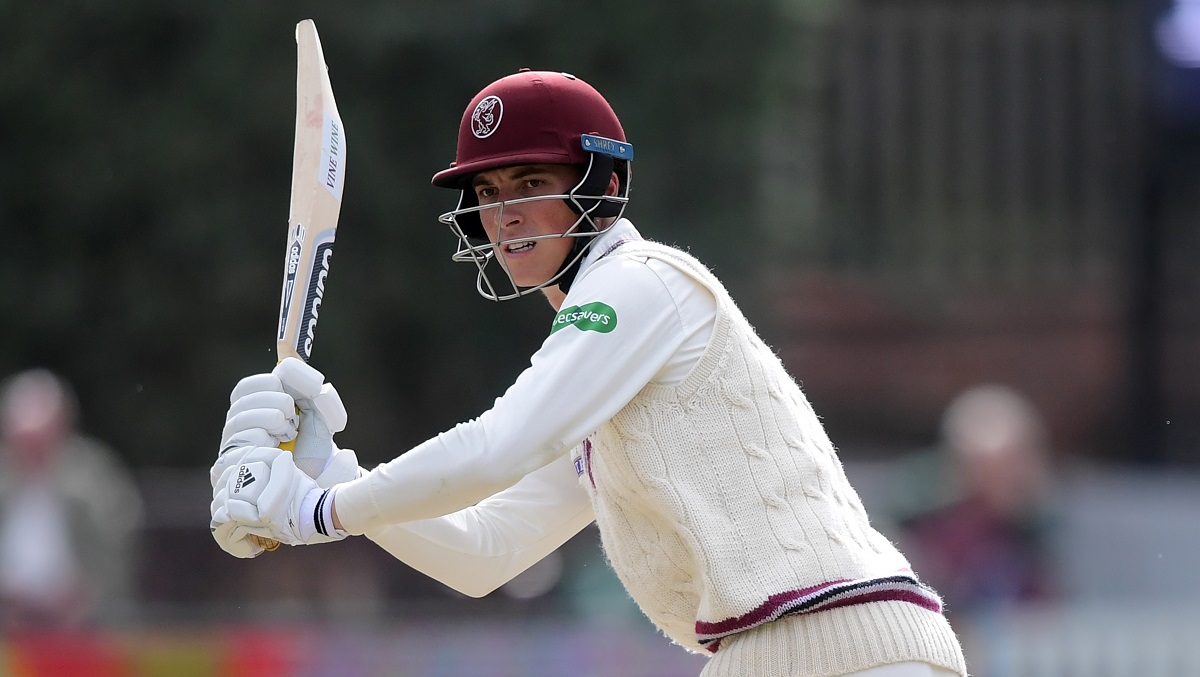 Keshav Maharaj completed a seven-wicket haul as Yorkshire made Division One leaders Somerset follow-on after lunch on day three at Emerald Headingley.

While Yorkshire are chasing their fourth Specsavers County Championship win of the season, Somerset are hoping to avoid a second defeat in 10 outings.

In the face of the hosts’ first-innings 520, Somerset advanced from 76 for four overnight to 196 all out shortly after lunch, with South African Test left-arm spinner Maharaj finishing with seven for 52 from 26.3 overs.

Somerset started their second innings with 57 overs remaining in the day and closed on 159 for four.

Jamie Overton’s season’s best 52 not out was Somerset’s feature knock of their first innings and included three sixes. Two came down the ground off Maharaj into the new Emerald Stand and the other was slapped over point off Duanne Olivier shortly after lunch to take him to 50 off 66 balls.

Maharaj, who had claimed his first wicket late on day two, started by trapping James Hildreth (37) lbw in the day’s fifth over as Somerset fell to 85 for five in the 36th. In the 40th, he removed Dom Bess via the same method.

Craig Overton was bowled in his next over at 103 for seven before Steve Davies (37) and Jamie Overton held the hosts up by adding 35 inside 14 overs.

After Overton hit Maharaj for two sixes, Davies edged to Adam Lyth at slip as the left-armer claimed his fifth wicket.

After Overton reached his fifty, Tim Groenewald was trapped lbw in the 66th as the visitors fell to 182 for nine, ending a 44-run partnership, the highest of the innings.

When Jack Brooks edged to Tom Kohler-Cadmore at second slip in Maharaj’s next over, Somerset were forced to follow-on having not claimed a batting bonus point.

Captain Tom Abell and Azhar Ali then shared an opening stand of 89 inside 31 overs either side of tea.

Abell hit three of Josh Shaw’s first four balls for four, taking the score to 56 without loss which moved to 79 at tea.

However, new ball seamer Matthew Fisher took two of three wickets to fall for 12 runs inside five overs, leaving Somerset at 101 for three.

He trapped Azhar Ali lbw for 41 and later had Abell caught behind for 53 off 105 balls. Sandwiched in between, Maharaj’s seventh wicket of the day came when Hildreth tried to go over the top and picked out Steve Patterson at mid-off.

Tom Banton later pulled Olivier for three fours in an over on the way to 58 not out off 75 balls, but an eighth wicket of the day for Maharaj came when George Bartlett edged him to Lyth at slip as Somerset finished the day on 159 for four.

At the close of play Jamie Overton said: “It was tricky. Some were spinning, some weren’t. You didn’t really know what it was going to do.

“I stuck to my method, and it seemed to work. Hopefully I can do it in the second innings for a bit longer. I just tried to stay leg-side of it and keep my pads out of the way because the dangerous ball is the one that’s going to get you lbw. I was also trying to score because if you sit in, there’s always one with your name on it.

“We’re going alright in the second innings. We’d have liked either Tom or Azhar to still be there, but Tom Banton’s come in and played one of his effortless knocks. Hopefully he can bat all day and we can chip in around him.

“I think we can save it. We have definitely got the capability with the bat. We have a lot of batting left.”